Let's figure this out!

Our Source of Energy

When we stop to think about energy, we usually think about energies that power the things we use.  Fossil fuels, wind, nuclear, all the kinds of energy that power our fancy, dead, but still quite cool, gadgets.  However, when it comes to life energy, the energy that sustains life, there is only one source for our planet: the sun.  While this seems like a very basic thing to understand, to the tune of "of course we all need the sun to survive...it's the sun!" I would expect most people to not quite understand why or how.​
​Solar radiation in the form of light travels from the sun to our planet, where it will enter the atmosphere and hit our planet's surface.  Not all of this energy makes it through the atmosphere, so we lose a bit of the energy before it even gets "into" our planet.  From there, we have a group of living things capable of using this sunlight directly.  These are our lovely green plants.  You may know the term photosynthesis, and this biochemical reaction is what allows the sun's energy to stay on Earth at all.

That last bit, "or for something to take," is precisely how the energy that is stored on the planet moves around.  Plants will happily continue to grow themselves, but they don't generally move or give much.  For others to get at that energy, they need to take action themselves.  They ingest the ingestors.

As we start, the first trophic level is that of the plant kingdom.  On our planet, they are the only organisms able to directly interface with sunlight in a way that can be transformed into energy for use.  While they are the first consumers of the energy, they are also the organisms that make the energy for the rest of life on Earth.  Due to this, they are called producers. 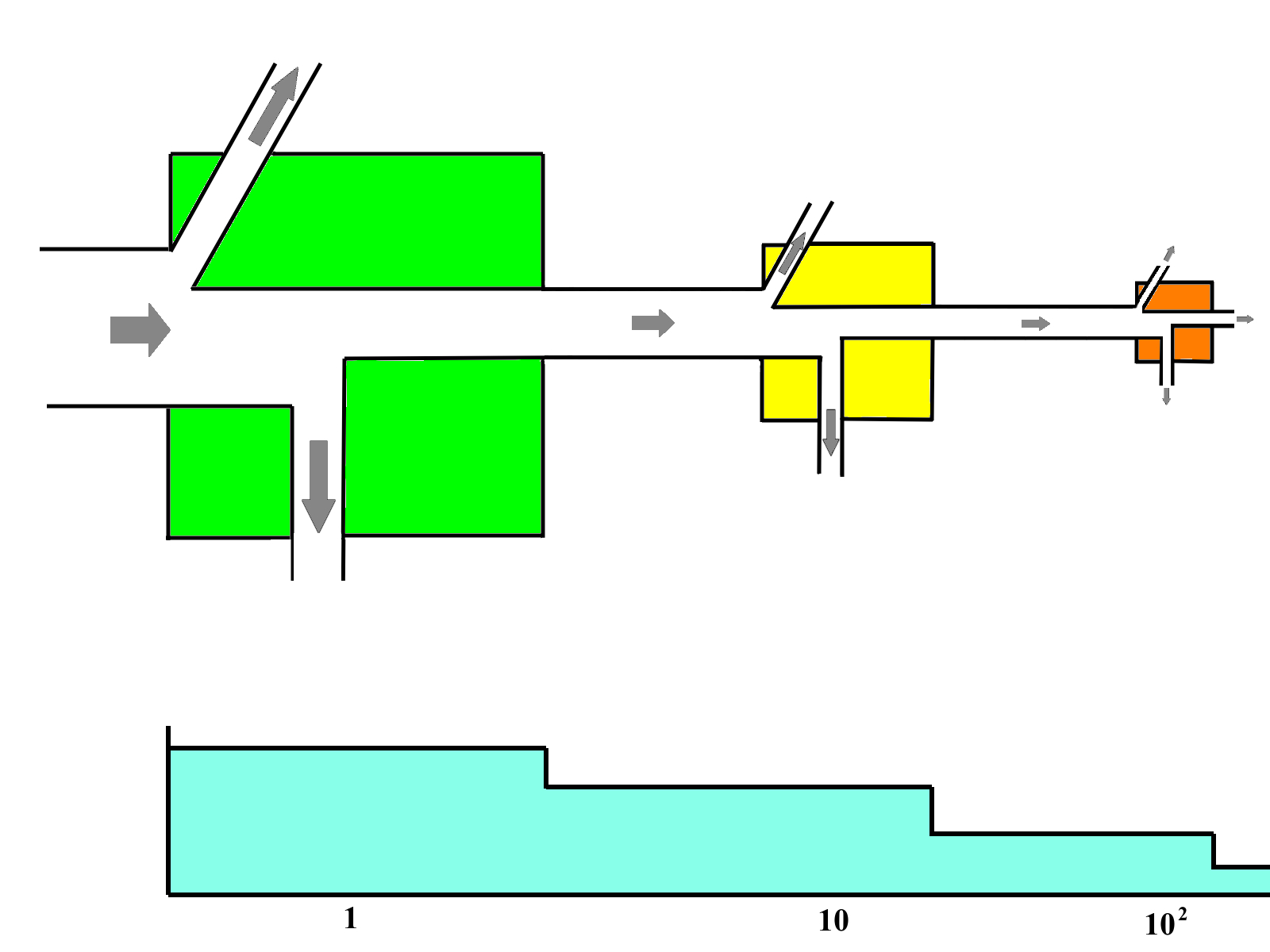 As an aside, there is one other level, but it depends on the excretion, or waste, of other organisms.  These are the decomposers, like fungi, that feed on the detritus of other organisms.  Anything dead that comes out of other living things (bark, leaves, poop, corpses, bones), these organisms will ingest, and generally output nutrients that feed back into the ecosystem.  This is a major factor in the planet's biogeochemical cycles.
At all these levels, the same principles of ingestion, assimilation, production, and excretion apply.  And at each level, the energy left available from the previous level is further removed from the source, leaving less to utilize.  As a result, the higher in trophic level you go, the less biomass for that level exists.  Where there are lots of plants, there are fewer mice, even fewer snakes, and fewer more birds of prey.  This correlation is directly proportional to the energy available to that trophic level.

Putting all this into perspective, it's almost crazy that so much life exists on this planet.  If there weren't an abundance of green plants, life on the scale that we see today would simply not be feasible.  Any change in the balances we see today would have rippling effects throughout all the levels that energy flows.  It's so important to be aware of what sustains us, and do what we can to ensure it continues to be there so we can stick around to live on this amazing world.
~ And, as always, don't forget to keep wondering ~
Sources:
Discussion based on H.T. Odum's Silver Springs model on energy flow.
* Odum, Howard T. Environment, Power, And Society For The Twenty-First Century. Columbia University Press, 2007.
Proudly powered by Weebly