When we think about our environment in terms of ecology, we're thinking about it in terms of a big picture.  It's one of the aspects of the science that makes it interesting.  We have specialized sciences for plant and animal composition, their behaviors, as well as the weather and climate around them.  However, by focusing on these individual aspects, we don't develop an understanding for how these pieces all interact.  And these interactions are incredibly important to how these species thrive and survive!

Understanding the whole picture of an ecosystem, the resources available, the volume of species inhabiting that ecosystem, and how much of those resources the species are using help paint a scene of how much of that system is utilized and what could possibly take up residence there.

​Enter the ecological niche, or the set of environmental conditions that a species lives and thrives on. 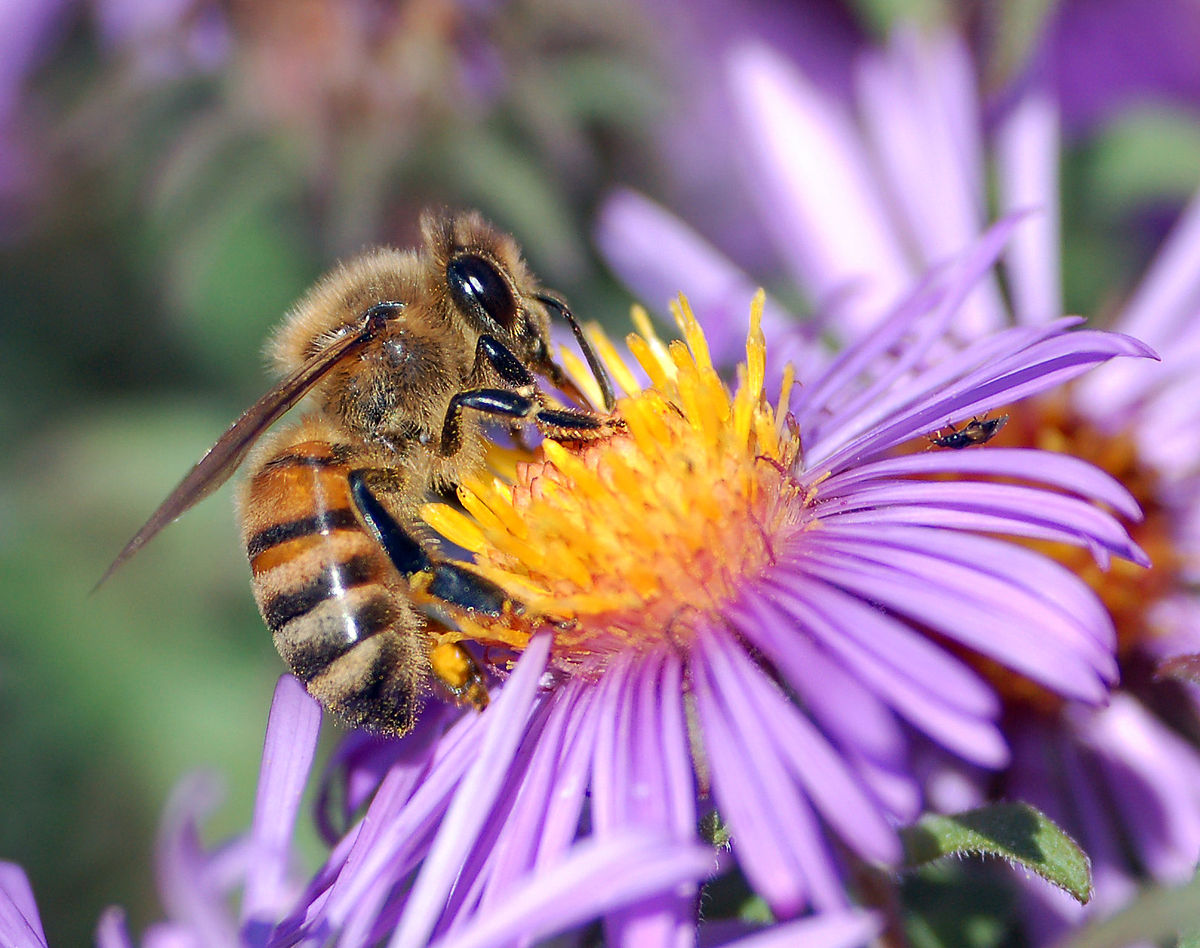 For a frame of reference, consider a honey bee.  In order for the honey bee to live in an environment, it needs a certain amount of space, it has an ideal climate, it needs flowers that are pollinated in a way compatible with the honey bee, and locations where a hive can be constructed.  All of these are conditions necessary for the bee to survive, and that's certainly not an exhaustive list.  Other species may factor in abundance of trees, soil composition, amount of rainfall, altitude, and so much more.  It's really not a stretch to think that the combinations of variables are endless!

Needless to say, there's a bit to unpack here, so let's dive in!​

A History of Niches

One caveat before we start into this topic is that, while ecologists agree that niches are an important facet of ecology, there is also a general agreement that our understanding of niches today is incomplete.  We know that understanding the resources available in a community of species is integral to which species can thrive there, but the variability of communities is so high that our current models operate under a fair amount of assumptions.  With that said, let's see how we got to we we are today!​

The Grinnellian view of niches took a step away from that notion by positing that niches are not pre-existing, but dependent on species adaptation to their environmental surroundings.  Many observations as ecology grew as a science shown that species often adapt to their available resources to find their niche.  This makes a lot more sense as pre-modern human era dispersal of species was reliant on a species durability to move around and find its niche.  More plainly, plants and animals couldn't move around the world as easily before humans started using ships and planes, purposefully or accidentally taking species with them.  Plants and animals have always exhibited a sort of resistance necessary to find there niche as their environments shifted.

Hutchinson and Niches as a Hypervolume

One of the more recent contributions to niche theory is the Hutchinsonian viewpoint which clarified a few things about niches.  Up until this point, ecologists considered niches as a completely environmental aspect.  One of the ideas Hutchinson formalized was the thought that there are environmental niches in addition to a species' associated niche.  This concept split gave us the terms functional niche, the environmental potential that a species would ideally be able to thrive in, and realized niche, or the actual niche that the species lives with.  That might be a little confusing, but thinking of it like having a dream home versus the home that you live in is a decent approximation.  You would love to live in that optimal space, but you're able to work fine with what you have.
Math lessons aside, niches can be thought of as intersections of multiple factors.  Things like species size, number of trees, soil composition, how often it rains, average temperature, amount of direct sunlight, etc.  Each of these aspects can be charted as dimensions on a graph and plotting which intersections are ideal for a species.  These graphs give us approximations for what kind of species could live in which ecosystems.  Due to the difficulty in plotting for beyond 3 dimensions, though, that's the best the model provides: an approximation.  These are still immensely helpful for building an understanding for a species full range of functional an realized niche potential!
However, in stable environments, some believe that it would be better to view the community in a different way, called neutral theory.  Rather than observing the ecosystem's species as a whole, by observing it in groups of "identical" species, you don't see competition, but what is called dynamic shift, the thought of species changing behavior or the community succeeding to a form that better suits it without the need for competition.  Models using this view can be fairly accurate for very small community sample sizes, but fall apart at larger scale or if any species is introduced or migrates into the community, where the competitive exclusion model ends up winning out as more accurate.

​This isn't to say our current niche theory is foolproof or that neutral theory is not worth examining.  As humans move more into an equal fitness, non-competitive (ideally) society, this lens may help us understand a post-competitive exclusion environment.
​Beyond learning about our environment, humans have also adopted a form of niches in a societal sense.  While we don't necessarily compete for resources on a community level, we do compete as a society.  Our rules are a bit different, more self-made than fundamental restrictions.  Say for instance, you're looking to start a career.  You will identify your existing skills and what you would like to learn to achieve your goals.  You're identifying your fundamental niche.  Your ideal skill set and environment to succeed.  When you land your first job, you're realizing your niche by finding something that overlaps as much as possible with your ideal state.  This is a loose analogy, but can certainly be drawn from how we would operate in a world where resources outside of money were on the table.  We never quite get away from these concepts and apply those inherent frameworks to how we function in a society as opposed to an ecological community.  Pretty interesting to think about!

So, while niches seem fairly straightforward, the resources and environment a species needs in order to thrive and the realization of that ideal, there's a lot of nuance that goes into the concept.  At our best, we end up with approximations due to our inability to grasp the bigness of our planet's connectedness.  Though, at the end of the day, simply understanding that this connectedness exists and that we're all just finding ways to live in a constantly fluctuating world is a still a step in the right direction.  And any step to a better understanding is a step worth taking.
~ And, as always, don't forget to keep wondering ~
Sources
* Pocheville, Arnaud (2015). "The Ecological Niche: History and Recent Controversies". In Heams, Thomas; Huneman, Philippe; Lecointre, Guillaume; et al. (eds.). Handbook of Evolutionary Thinking in the Sciences. Dordrecht: Springer. pp. 547–586. ISBN 978-94-017-9014-7.​
Proudly powered by Weebly