Despite this initially going up on a Valentine's Day, I have to regretfully inform you that population ecology doesn't really hinge itself on love.  It's mostly about survival here, sorry!

But we can still bask in the notion that most penguins do mate for life.  And penguins are already just so dang cute.  So there's your lovey-dovey warm fuzzies for today :) 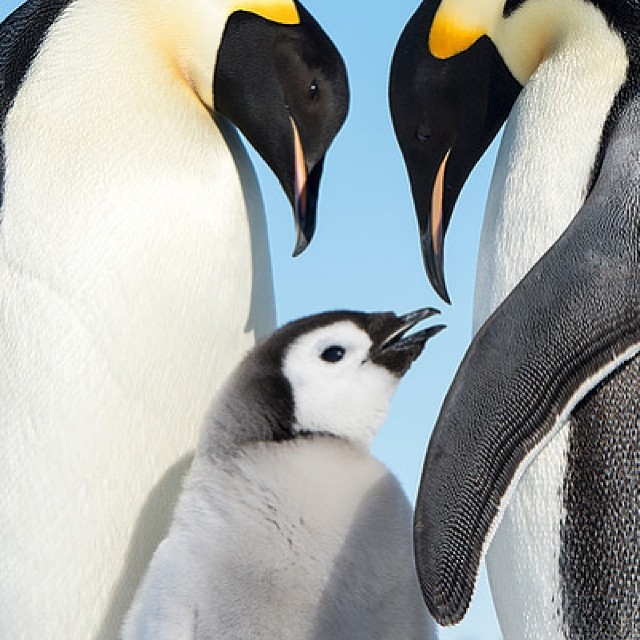 ​Now that that's out of the way...populations.  We probably don't think about this concept too much as humans.  It's not that the principles of population don't apply to humans as a species, just that we've taken such a command over the planet that we've successfully subverted a lot of what other species just have to deal with.  We'll get to how humans have done this in a later post, but for now, what we're going over is largely with regards to non-human animals and, to an extent, plants.

Edit: For a deeper look into human population, check our our blog post Human Population Defiance.
Let's figure this out!

In population ecology, we have 2 distinct types of population growth that are used to define how a given species deals with survival in its environment.  Now, while these patterns are indeed different, it's good to realize that most species treat these patterns as extremes, generally falling somewhere in the middle.  In short, the patterns are 2 sides of the same spectrum.
​The other side of the spectrum is the logistic growth model, also known as S-Curve, again due to its shape when graphically represented.   S-Curve populations rely a lot more on raising their young than J-Curve populations.  The general idea here being that the species has a higher rate of survival when the new generation is fostered to live both longer and "taught" to deal with its environment.  Large mammals, like elephants, are at the extreme of this spectrum, but some shorter-lived examples such as birds of prey fit well into this model.

Species in this model generally preside over a larger environmental domain, and the time parents take to rear their offspring allows for them to learn how to adapt to that environment.  The parental generation exerts an enormous amount of energy (not to mention time) giving their next generation the best chances of living to a point of reproducing in the same manner.  Given the time it takes to fit this model, large, quick shifts in the environment can force the species out of their expected habitat.
Density-independent is a little more straightforward.  These are the factors that can happen regardless of population density.  Maybe a storm comes through a forest and lightning strikes a tree.  That tree was home to an ecosystem of species that no longer have their environment.  This challenge was introduced not by the density of the species in the ecosystem, but brought upon by an external force.  Though, while the event did not come about due to density, it's likely that events like this have an effect on the environment, usually shifting it so dramatically that current population levels may become inviable, revealing a new ceiling for density-dependent issues to rise.  Separating the event from the result is important to understanding what causes population shifts.

Understanding the underlying concept of trade-offs introduced in the r/K selection model is still integral in all theories regarding population ecology.  Taking that concept a step further is the paradigm of life history theory.  Through this lens, we can take into account several traits that factor into survivability affordances gained by species from those selected strategies.  These traits include:​An example of a tool used to take a closer look at some of these traits is the Leslie Matrix, a model used to zone in on how species population patterns change as the species ages.
Competitor strategies are seen widely in environments with low stress and low disturbance levels.  These areas are perfect for many plants, like wetland cattails, thus they are in the most competition for available resources.  Stress-tolerators do as their name implies, capable of surviving high stress and low disturbance environments.  These areas are generally harsh in their lack of available resources, and plants will devote resources to highly defensive needs, as with pine trees with their needle-like leaves and cone-protected seeds.  Ruderals deal with the opposite of stress-tolerators, dealing with low stress and high disturbance.  In the anthropocene, there's no shortage of areas disturbed by humans, left with abundant resources for plants willing to deal with that disturbance to thrive, like joe pye weed around rail- and road-sides.  The 4th "quadrant" (high stress and high disturbance) is deemed impossible for any plant to take hold.
​And that all makes up a solid basis of population ecology.  All life on Earth follows these principles of trade-offs, trying to find the strategy that makes the most sense for each species.  As with most things in nature, these strategies exist in a beautiful chaos, where there is no one-or-the-other approach.  There's a lot of nuance involved as far as what options are available to which species, and some may exhibit characteristics of multiple strategies if it results in higher survivability.  So when you're out on a stroll, taking in the natural sites around you, maybe now you'll be able to pick up on the differences in how certain species act, react, and interact with themselves and one another through the lens of population theory.  There's so much to understand and unwrap as you learn how everything does its best to thrive and survive.
~ And, as always, don't forget to keep wondering ~
Sources
* r/K Selection
Pianka, E.R. (1970). "On r and K selection". American Naturalist. 104 (940): 592–597. doi:10.1086/282697. (https://www.journals.uchicago.edu/doi/10.1086/282697)